Whether in the kitchens or front of house, all the members of our team are dynamic and motivated. 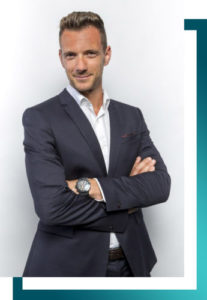 Chairman of the Traiteur Grand Group

Ghyslain joined Traiteur Grand in 2001. For 4 years, he divided his time between two lives, as a student and head waiter, combining theory and practice, economics and gastronomy. He fell in love with the trade and the company. He fully invested himself in his work… and then invested in the company: in 2005, he bought Traiteur Grand; in 2009, he had a new production laboratory built in Montpellier. Ghyslain placed customer satisfaction at the heart of all the company’s actions. Today, he is supported by 40 employees, who share his desire to innovate. 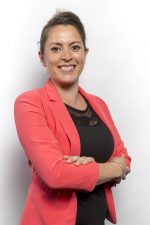 Director for the Gard area

After spending 5 years as a reception organiser at Traiteur Grand, Estelle contributed to the creation of Traiteur Grand Nîmes, which she has been running since February 2018. 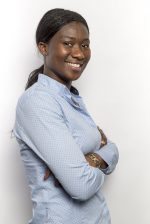 Mélaine has followed a dynamic career development path since her arrival: starting out as a head waitress, then team leader, she now manages Traiteur Grand in Montpellier. 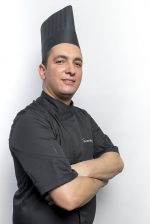 Nabil manages all the production activities at Traiteur Grand; he coordinates all the tasks, from creating dishes to tasting. In 13 years, his team has grown from 3 to 20 people. 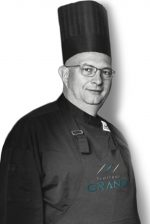 Having worked as a consultant for top restaurants and the chef of Les Muscardins restaurant, for which he earned 3 toques (stars) in the Gault & Millau, 2 stars in the Bottin Gourmand and 3 Michelin couverts (for comfort and décor), Thierry is a fan of French cuisine but has also developed his expertise and career by embracing skills and flavours from elsewhere: Japan, Africa, Middle East, etc. Thierry joined Traiteur Grand in 2019. 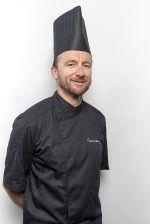 Sébastien started out on his own preparing the hot dishes at Traiteur Grand 13 years ago. Today, he manages a team of 10 people. 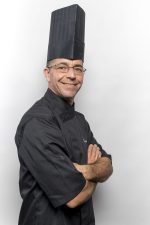 With his experience in event catering, Bernard took over the management of the kitchens at Traiteur Grand in Nîmes in August 2018. 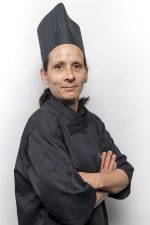 In charge of organising the cold dishes for cocktail buffets

Karine has moved up the ranks in her 13 years at Traiteur Grand; starting out as a multi-skilled employee, she is now Buffet organisation Manager, having followed internal and external vocational training courses. 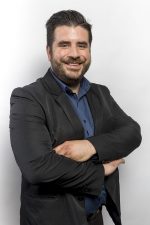 Alexandre joined Traiteur Grand in 2009. He started out as a switchboard operator. Thanks to 9 years of internal and external training, he is now Sales Manager, in charge of a team of 3 people. 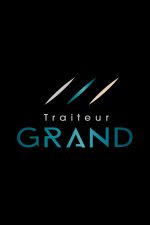 Discover the ranges designed by the teams at Traiteur Grand

Ôthentique: Enjoy great food with an authentic taste of nature